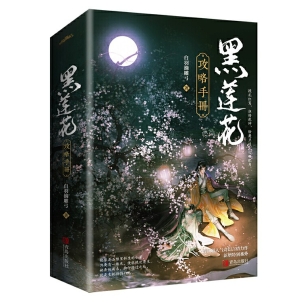 Synopsis:
This world where the yao run wild is awaiting heroes and heroines to write their tales. Unfortunately, you are not the female lead who is as clear as ice and as pure as jade, nor are you the second female lead and antagonist who comes from a wealthy family. Instead, you are the third female lead and cannon fodder who everyone hates.

The original owner of this body was secretly in love with the male lead and had secretly harmed the female lead. Her entire life was spent causing trouble for the male and female leads on their road to love. The second male lead with a sister-complex had her trampled under his foot, and she had provided an annotation for the word “stupid” at the expense of her life.

“So what you mean is…I’ll succeed once I steal the female lead’s man?”

“That is correct. The one who secretly loves his sister but cannot have her. The one who harbours evil intentions, is twisted and ruthless… The younger brother who is a black lotus1.”

Cause chaos for the lovers bound for marriage, upend the Heavens and Earth, exorcise demons and protect the dao…and capture the yandere.

Mu, dusk for the long night. Sheng, reed pipes for the farewell song2.

He was a monster anyway, unaccepted by the people, and never dared to show his true self.

But now there was indeed a person other than his older sister who was closer to him than others were.

It was as though she had sharp eyes, fiery with pupils of diamond, and could always see through him so easily.

“I’m scared too. You’re always being pestered by them. Are you scared?”

“Why are you the one who has to keep protecting your sister? Can’t there be someone who protects you?”

“Swap shifts with me. I’ll keep an eye on the fire for a while, so go rest for a bit.”

She was always touching his forehead with her ice-cold hands, touching his clothes to check if they’re thick and warm enough, asking where the injuries on his arm came from, asking him if he was cold walking barefooted across the river.

He was confused and irritated. But he had also developed a greed for it.

He was so cold. He had finally clasped a warm ball of fire tightly to him with great difficulty, so how could he bear to let her go?

“Ling Miaomiao, I’ve given you my heart. Can you try to love me?”

“You will always be by my side? And will never ever leave?”

She blinked: “While I’m in this world…I will never ever leave you.”

From that day onwards, in the Heavens and on Earth, this one and only person was his shore, and his port to return to.

1 Similar to a ‘white lotus’ character, a ‘black lotus’ character is harmless in appearance. However, they are willing to perform morally darker deeds than white lotuses.
2 The characters used here are 暮 for “Mu” and  笙 for “Sheng”.